A Wanderer an intuitive mind's blog I first entered individual therapy in the late 1980s, in Manhattan. Once a week for six years I strolled happily northward up Columbus Avenue from my apartment to my therapist’s office in the West 90s. Our sessions were a high point of my week. And why not? I got 50 minutes of undivided attention from a smart, empathetic professional, there to help me find out who I was and to address the old malaise that brought me to her door. “Narcissistic injury,” I learned to call it.

My therapist helped me understand how and where the early breakdown in parental “mirroring” had occurred that led to my condition. I felt I was on an important adventure with her. Like a skilled research librarian, she led me into the stacks of my past and pointed out key scrolls and papyri, helped me translate them from the primitive language of feeling into words and conscious understanding. By the time I left, I felt I’d begun to gain a modest erudition.

That’s Take 1, the sunlit narrative of my first experience in therapy.

Take 2, the shadow narrative, is that I entered individual therapy as a problem drinker in denial of my problematic drinking; six years later, when I left, that hadn’t changed. I also entered therapy in a fraught long-term romantic relationship, unhappy with my partner; six years later, I had gained few intimacy skills and never seriously asked myself whether my partner and I were capable of healthy intimacy, or even if we wanted it. When I left therapy, we were engaged.

If education is the litmus test of effective therapy, I’d count those years a rich success. It isn’t, though. I now believe the proper litmus test is change, and I can’t point to a single meaningful and measurable change that eventuated from the work I did.

By the time I entered group therapy, in 2004, I’d been married for nine years. My wife and I had two young children and were deeply unhappy. We’d relocated our family to Chapel Hill, N.C., but that had simply moved the old play to a new stage, where we reprised our roles. In addition, my younger brother had died tragically, and I was reeling from his death. My drinking had gone off the rails. I knew I was an alcoholic by that time. Once a month or so, I poured out my vodka in the backyard of our house. Sometimes I made it for a day, two days, a week. Sometimes I relapsed by nightfall.
I was in trouble, the deepest of my life; my wife and I both were, and our children with us. A therapist I briefly saw suggested that I enter a group she ran with a fellow therapist. What group therapy might be, I had no idea. Frankly, I had doubts. Still, I was desperate and went.

The group was a cohort of eight patients, including me, led by the two therapists. Within a month I’d run afoul of everyone. Hardly a session passed without someone telling me I’d “erased” them or someone else around the circle. What did this mean, “erased”? I’d be telling a story and someone would chime in: What you did with your wife in that instance sounds like what your mother or your father used to do to you. I’d listen, blink, resume my story. Five minutes later, wrapping up, I’d say: “And you know what suddenly strikes me? I think what I did with my wife in this instance is what my mother or my father used to do with me.” And the offended party would say: “I just said that! You erased me!”

It wasn’t that I was pretending not to have heard. I genuinely had no recollection. Only when the group prevailed on me to tape record and listen to the sessions did I realize they were right. There they were, making their points; there I was, slightly later, repeating what they’d said verbatim, with no awareness. Zero. It was mind-boggling: Why did I erase them and their comments, especially the helpful ones?

Eventually, I came to see that it was fear. Fear of needing them, of needing anyone — what if they gave me something that I couldn’t give myself? What if I came to count on them and they left? Somewhere that kind of dependency had been dangerous and I’d developed a defense that kept me safe but prevented me from ever being truly intimate. And what I did in the microcosm of the group, I did in the larger world outside the group, including in my marriage. Never had a hint of this surfaced in my six years of individual therapy. Erudite? It turned out I was a dilettante.

If individual therapy had been a high point in my week, group therapy felt like a repeated mugging. I dreaded it and even on occasion engineered excuses not to go. The group members, in their frank interactions with me, brought me face to face with my worst habits. The therapists would say things to me like: “Of course, it’s easier to tell yourself the story that you want closeness because you’re a good intimacy-wanting person and your wife doesn’t want closeness because she’s a bad intimacy-avoidant person. And as long as you tell yourself that, you can avoid looking at the deeper issues. Is a marriage with no real desire for closeness a marriage you want to stay in? You can always choose that. It’s just better to know the truth and choose instead of lying to yourself and staying passive.”

Every Wednesday, week after week, month after month, they hit me like this. I felt battered underwater, my mouth and nose and eyes full of sand and spindrift.

Change? Still none. Or perhaps there was one difference. By the beginning of the second year, I’d started to focus less on my wife’s sins and errors and to take a harder look at my own. The person I saw in the mirror wasn’t as likable as I’d once believed. Was this the beginning of true erudition? I’d set out asking who I was, and I was getting some insight finally. It was awful but I wanted to know, and so I kept on going every Wednesday.

After 18 months in group therapy, I once again poured out my vodka in the yard. Since this was the 10th or 15th time I’d done it, I had no confidence I’d succeed. Yet this time it worked. I have been sober ever since. And there it was: a meaningful and measurable change as a result of therapy, the first.

When I left individual therapy, I was someone who chose to stay in an unhappy relationship rather than leave and risk aloneness. By 2010, six years into group therapy, I was someone else. By then, staying in an unhappy relationship had come to seem a form of self-erasure, and so I left my marriage, passing from a world that seemed full of people like me, in bad marriages and relationships, and entering a different one, a world filled with people who had found happy and sustaining love, which in time I found, too.

Why did group therapy work when individual didn’t? Part of it was that having nine different mirrors reflect back my problematic behavior brought into brilliant and incontrovertible light what I had been able to avoid confronting in a one-on-one exchange. Individual therapy also encouraged me to focus on the past, the injuries I’d received in childhood; group therapy forced me to see who I was now, the sometimes injurious adult I had become. For me, that was the bitter pill that led to change.

David Payne is the author, most recently, of a memoir, “Barefoot to Avalon: A Brother’s Story,” published this month. 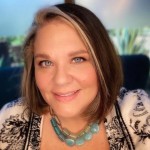 Michelle Miller Bohls is a psychotherapist, author and speaker living in Austin, Texas. She specializes in helping intuitive, sensitive, creative individuals thrive in a world that is biased toward the logical and linear. Michelle also specializes in couples counseling, GLBTQ counseling and relationship coaching. Her primary treatment approaches include EMDR, Interpersonal Therapy, Jungian Therapy, Imago Relationship Therapy and Group Therapy.